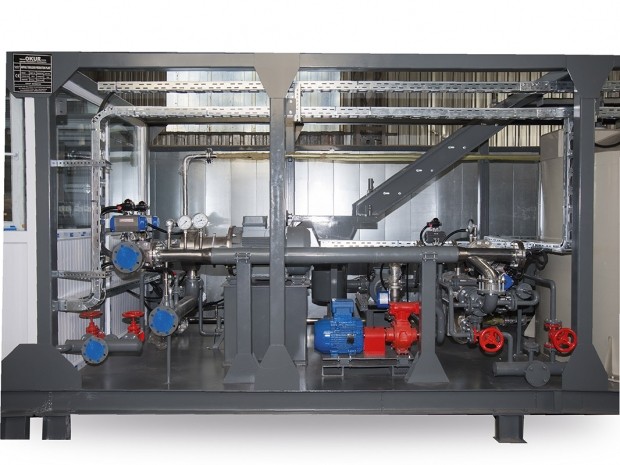 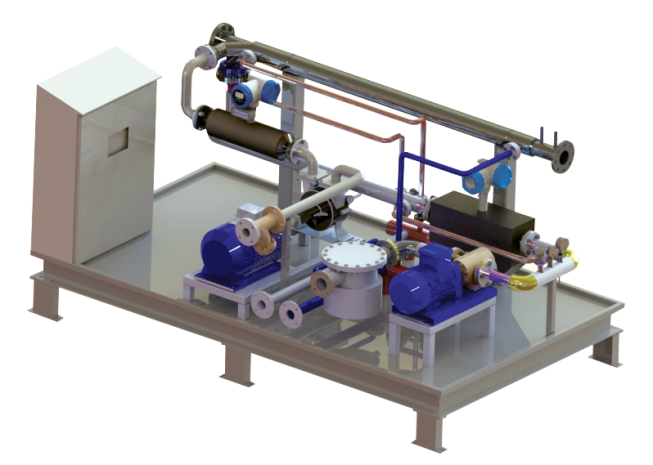 This production plant which is included to our product range recently is preferred mostly by road construction companies in developing countries.

All the equipments have feature of exproof.

The static mixer designed by Okur Makine is made of 316 quality stainless steel and it is vital part of the plant with homogenous mixing capability.

The bitumen and kerosen which reach the static mixer is mixed homogenously and forms a perfect Cut-Back emulsion.  The Cut-Back bitumen emulsion which pass the test with samples taken from sample valve is sent to the stock tanks.

The whole process is controlled and managed automatically and manually by a PLC.