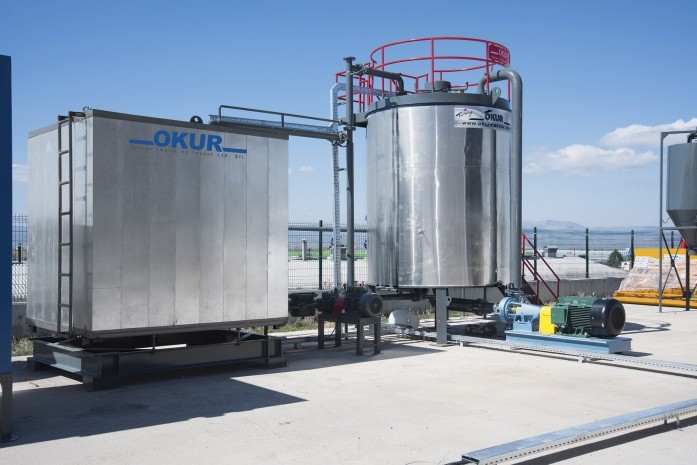 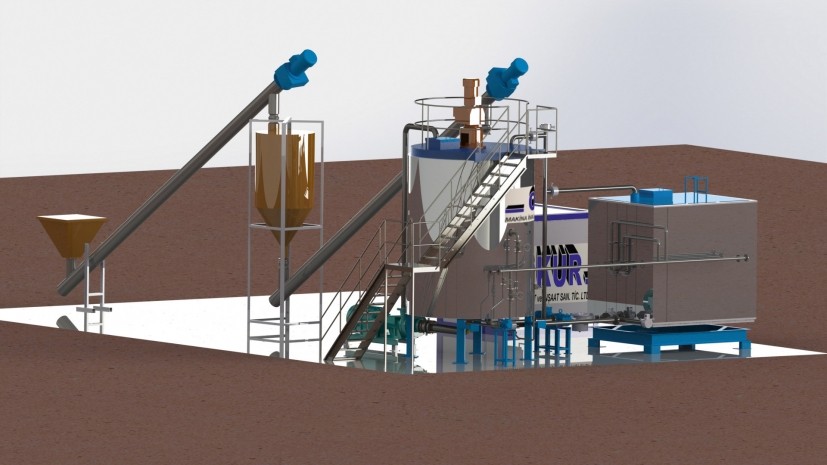 Basicly single mixing tank system is making the product stronger by mixing bitumen and modifier thermo-plastic admixture and circulating over the mill in the same tank.

Provides a durable and qualified product to producers in any hard condition by selection of appropriate material. Single tank mixing system (vertical type and oil heated from external wall) is shown in Figure 2.

The 150 degrees centigrade Bitumen in stock tanks is sent to pre-heating tank. The bitumen is weighted in the tank via loadcell and it is heated automatically up to 185 degrees centigrade under control of PLC. The thermo plastic rubber which is weighted out the same way is automatically mixed with bitumen in the first mixing tank as synchronized due to the receipt. The formed mixture is stirred rapidly and it passes through the mill and sent to the same mixing tank. Circulation is made within the same tank via the mill. The process continues by testing of the sample by the technician. After approval the completed product is sent to the stock tanks by the pumps.